One thousand Nazis and seven hundred Americans hide in the forest, waiting for an order... BAM! Gunshots go off and the Americans prance out of the woods trying to secure Toulon.

This is a battle in a game I played in an after-school program. It is called Memoir '44. It is a World War 2 game that tries to recreate the war as much as possible. I am part of the AXIS team. This consists of the Japanese, Germans, and Italians. About half the people in the historical games are on the AXIS. The other side is the ALLIES. The ALLIES consist of the rest of the major countries. So far, the ALLIES have had a three year killstreak, but this year our captain, Asher, is going to change that. The AXIS are winning by two. Memoir '44's rules are complicated.

I have not won a battle yet but I haven't lost one either. On Friday I managed to tie the battle by wiping out an enemy unit. I was lucky this time because the enemy had three groups of tanks and infantry units. We only had one artillery unit and infantry units. Our artillery unit was our main hope because terrain didn't block it and it was in a town, reducing the chance of getting hit by two. It also had sandbags protecting which meant they didn't need to retreat. We killed one enemy tank with it, one infantry unit, and three infantry soldiers. One infantry unit consists of four soldiers and a tank unit consists of three tanks. The single infantry unit I wiped out made a big difference. If I didn't tie the battle, I would have let my team down.

Memoir '44 is where the action really happens. 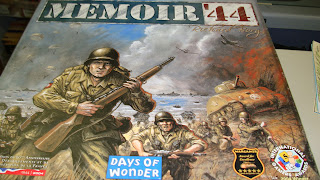 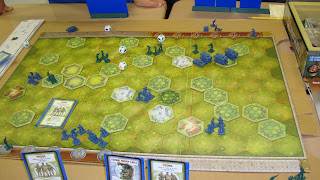