For spring break I went to Washington D.C. on a school trip. We visited Mount Vernon, the White House, Capitol Hill, the Holocaust Museum, The Smithsonian Air and Space Museum, and many more. In this blog post, I will talk about my experiences at Mount Vernon, the Smithsonian Natural History Museum, The American History Museum, and the National Archive.

First, we went to Mount Vernon. We arrived around 8:30 AM, and we walked up to the visitors center. There, we organized ourselves into groups, and continued on our journey to George Washington's mansion. As we walked along the trail to his house, we saw sheep and bulls roaming around in pens. We stopped and took pictures with the adorable animals, but they paid us no mind as they ate the grass with no intention of stopping. They ate and ate, and we finally left. As we turned around to look at them one last time, they raised their heads, turned around, and ate some more.

We finally got to the mansion, but our tickets were scheduled for 9:55 AM, and it was only 8:45 AM. We decided to go see Washington's tomb, and we paid our respects. Then, we decided to go see the small buildings around the mansion that had tools, barrels, and other useful materials (back then). George Washington even had a garage to store his transportation devices, such as horse drawn carriages! It was 9:45 AM, so we went behind the mansion and took pictures of the wide Potomac River. George Washington sure had a nice view! Our tour guide finally announced that it was time to enter the mansion. We silently walked inside, and there were people explaining what every room's purpose was. As we entered a bedroom, a historical interpreter (it was on their name tags) said, "This was a bedroom, where people slept." I almost wanted to face palm myself. I thought, "why do you need to interpret a bedroom?" Nonetheless, as we exited the mansion, we were amazed to be in the house that George Washington used to live in! We are also shocked when we learned that the walls were made of wood, but painted to look like white bricks. We were all fooled by the facade.

As were walking on another trail to the visitors center, we entered slave quarters, and a musty old room where alcoholic drinks used to be stored. We also entered a working blacksmith workshop, and there were people making chains inside! We learned that the fire burned to 4000 degrees Fahrenheit. We finally went back to the visitors center around 11:00 AM, and ate lunch. 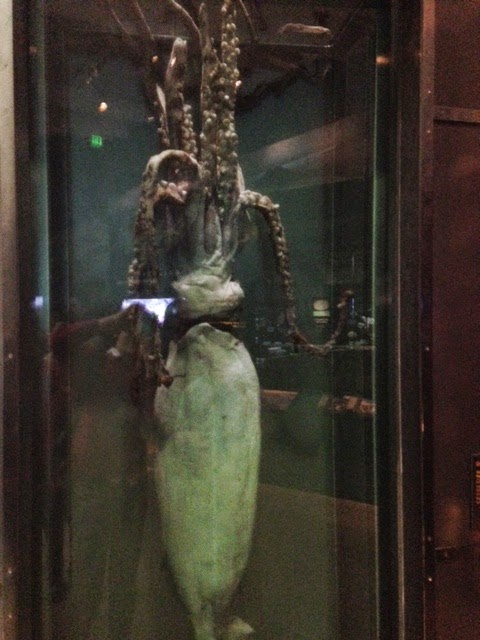 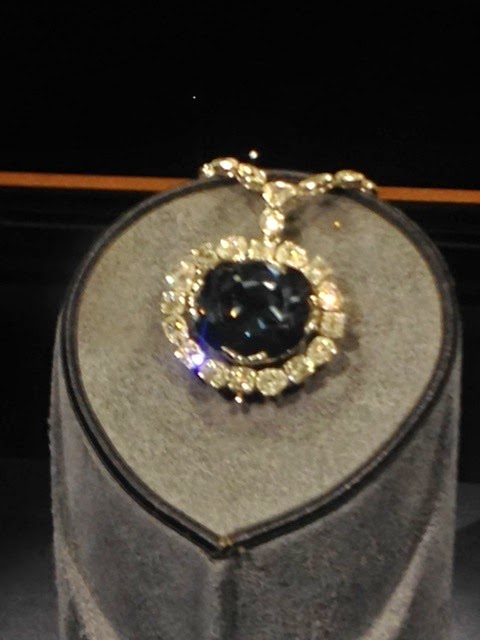 It was very crowded, and as I walked to the Earth materials exhibit, I saw a large group around one particular diamond, the Hope Diamond. The Hope Diamond was beautiful! It was a deep blue, and glimmered in the light. It looked smooth, and there were no scratches upon it. It seemed pure, with no evil within. I snapped many pictures, and walked away amazed.

After that, we went to the Museum of American History, but I wasn't as impressed with it as much as I was by the Natural History Museum.

Finally, we went to the National Archives. There was a giant line to get through security, and we waited for about twenty minutes just to get into the building. Then, we waited another twenty minutes to get into the rotunda, where the Constitution, Bill of Rights, and Declaration of Independence are housed. No photography was allowed, which disappointed me, but when I finally got into the rotunda, I stood in awe at the documents that were written at the beginning of American History. The writing was fading away, and was hard to read, but I saw the signature of John Hancock on the Declaration of Independence as if it were shouted loud and clear. Sadly, our time was up at the rotunda, and we had to go back to the National Archive's lobby. Luckily, a draft of the Magna Carta was there at the time, so I got a glimpse of that.

Finally, we went to the hotel, and we were exhausted. After a long while, because of jet-lag and excitement, we fell asleep.
Posted by rip at 1:26 PM